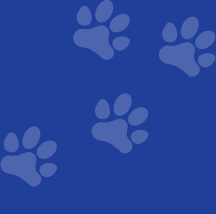 Good Behaviour Is Only A Few Clicks Away!

In addition to being a very good training aid, the Clicker can be extremely valuable when used as part of a behavioural modification programme.

What is it?  A clicker is a small plastic box containing a piece of flexible steel which makes a distinct ‘click’ when pressed.  It is a conditioned reinforcer that quickly teaches your dog how to learn and to solve problems.  Once the dog has been trained to understand the meaning of the ‘click’, it is a great two-way communication device between us and our dogs, and can be a very powerful training tool.

How does it work?  Clicker training is a science-based method that uses positive reinforcement to teach animals new behaviours.  The animal quickly develops a positive association with the ‘click’ sound because it is always followed by a food treat.

The click is a signal of reward, and tells your dog when it has done the right thing at the precise moment the correct action is performed.  Therefore the dog is always being rewarded for the correct behaviour.  If he doesn’t do it right, he simply doesn’t get a reward.  As a result, your dog is more likely to choose to perform behaviours, simply because it is more rewarding to do so.

How does it change behaviour?  Dopamine is an important neurotransmitter associated with feelings of well-being.  It also plays a major role in the reinforcement of behaviour through feelings of relief.

Research has shown that signals of reward cause dopamine to be released in anticipation of a reward.  Therefore, when using a clicker, it is the ‘click’ sound, rather than the reward, that releases the ‘feel good’ dopamine in the animal’s brain.  This is extremely valuable when attempting to modify the behaviour of an emotional animal that has adopted an inappropriate survival strategy.

Take for example, an under-socialised dog that is fearful of strangers and copes by barking at them.  If the stranger goes away as a consequence, the coping strategy was successful, and the dog is likely to feel relieved as a result.  Relief is a powerful reinforcer so the dog is more likely to adopt the same behaviour (ie, barking) in similar situations in the future – because it is a ‘survival’ strategy that worked.

The clicker can be used to train an alternative behaviour that generates a feeling of emotional well-being  equal to, or better than, the relief the dog might be feeling by using its current coping strategy.

Because the click induces a positive emotional state, it can help the dog to learn a new, more desirable response.